Why I am 'shadowing Ramadan.'

An Exercise in the Art of Empathy. 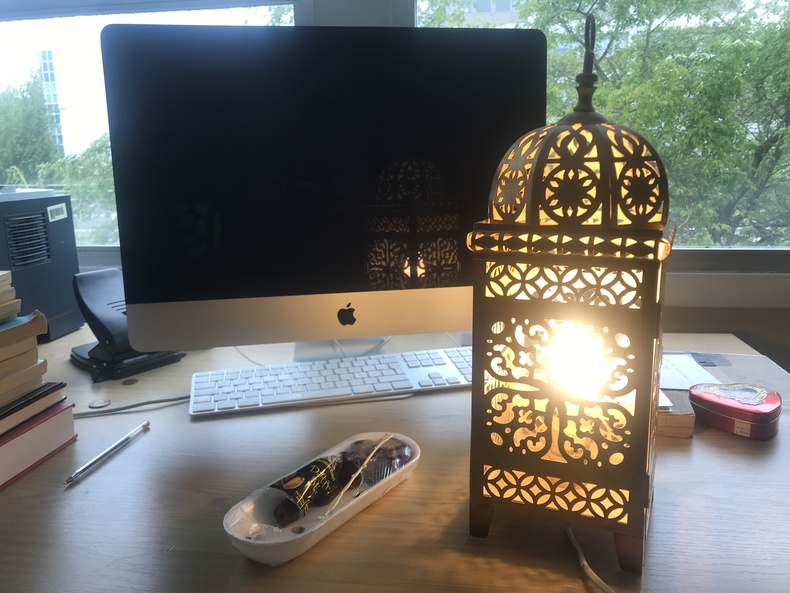 As an academic, I always go back to my books. One in particular, an 1819 collection of poems, the West-Eastern Divan by the German poet Goethe, is a unique work of European literature dedicated to the cultures and religions of the Middle East – chiefly to Islam. In the collection, the lyrical voice of the poems enters into a dialogue with the fourteenth century poet Khwāja Shams-ud-Dīn Muḥammad Ḥāfeẓ-e Shīrāzī (Persian: خواجه شمس‌‌الدین محمد حافظ شیرازی‎), better known by his pen name Hafez (حافظ). Separated by several centuries of time, thousands of miles and lacking a common language, Goethe’s poetic voice can never actually have 'spoken' to Hafez. Yet Goethe imagines the meeting nonetheless. He sees in Hafez neither a remote figure, nor a representative of an alien faith and culture, but more a ‘brother’, a ‘twin’ or 'kindred spirit' (Goethe's words). What attracted Goethe to Hafez as an interlocutor was the fact that, like him, the Persian poet had questioned the dictates and confines of his own cultural reference points and reached beyond them. He had been a worldly, Muslim man of letters, concerned with the respect for other cultures and, as such, represented what Goethe aspired to be for Germany in his era.

Goethe was engaging in a kind of fictionalised empathy experiment here. This experiment did not end with Hafez, though. In numerous poems the poetic voice adopts Muslim personae, voicing critical opinions about how certain strands of Christianity placed too great an emphasis on the symbol of the cross (a view Goethe himself held) and singing the virtues of the Islamic doctrine of the indivisibility of God, known as tawḥīd توحيد‎. Goethe never converted to Islam, formally or otherwise, though he identified strongly with many of its ideals and teachings. Crucially, he used his poems to shift, albeit temporarily, to explore how it might feel to look back at his own culture of origin from the perspective of another. These are things he can never have 'known' in any intellectual sense. Perhaps for this reason he has been criticised for effectively ‘colonizing’ and ‘impersonating’ a culture other than this own. Yet, these acts of empathy did serve a purpose: they deepened his insight into another culture, helped him voice critical perspectives on his own, and also helped to articulate a wider vision of a 'non-binary' set of relations existing between cultures – a rejection, that is, of the ‘either/or’ model of identity, whereby we can only ever belong to one culture exclusively. According to Goethe, we can have multiple and shifting affiliations.

As an academic, I also need to remind myself to look beyond books. Making meaningful connections between lived experiences, my own and those of others, and the core ideas derived from my research, is part of what has driven my work over recent years. It is for this reason that I am once again, between May 5th and June 4th 2019, shadowing Ramadan. Many scholars argue that the tradition and practices of Ramadan represent a Muslim evolution of spiritually motivated traditions of fasting from historically earlier faiths – including early Syriac Christianity. For devout Muslims, though, it is the month in which the revelation of the Qur’an was given to the prophet Mohammed. I am less interested in interpreting the origins of this form of observance than I am in sharing in it, however. I fast between sundown and sunset alongside Muslim friends, break that fast in the evening and sometimes share iftar with them. I do not pray with them. I am not a Muslim. Yet by observing Ramadan, by participating in it as a non-Muslim, I aim to share the whole range of physical and mental ebbs and flows that they do. I am not them, but I draw closer to them and become, for a time, their shadow. At a time when Islam is presented again and again as not belonging to Europe, as ‘alien,’ then a more sophisticated form of relating, one which allows us to explore those multiple affiliations and become, for a time, part of another culture, though precisely without losing our own or ourselves - that surely has a quite particular value. 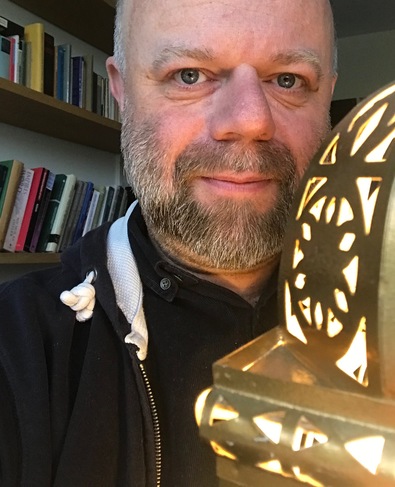