On talking about difference - and talking differently.

Islam, (me) and the Lessons of German History.

The last week of January was Discover Islam Week at Warwick University. As part of a campus-wide series of events the Islamic Society invited me talk to them about my own journey of discovery into Islam. And as the series of talks was called 'Islam and Me' this meant talking not only about Islam from a German perspective, but also, as I so seldom do as an academic, talking directly about myself.

I spoke about having been educated at a state secondary school on Merseyside where you could count the number of Muslim pupils on one hand. The school ethos hovered between the default secularism and vaguely Christian values of so many British suburban comprehensive schools. Islam was introduced to us, briefly, as part of a well-meaning attempt to survey world religions sometime in what is today called Year 8. And then I had a pretty ambitious 'A' Level history teacher who had told us that, in the power vacuum opening up after the Cold War, we'd doubtless see the rise of a radical Islamic Caliphate at some point in the next decades. Islam, it seemed was different and separate. For me, it was very much beyond the horizons of my knowledge, a strange 'unknown' far too removed from my experience to have figured even as a significant other.

It was by reading German literature of the early nineteenth century as a PhD student in Ireland that I first started to think seriously about Islam or, more importantly, about how non-Muslims related to the faith and culture. The novel Heinrich von Ofterdingen (1801) by the German Romantic Novalis marked a starting point. It is a modern retelling of a medieval tale in which, at one point, the protagonist encounters a band of veteran Crusaders recently returned from the war-torn Holy Land boasting an 'oriental' female slave in their custody. Quickly bored of the drunken song and bragging of the Christian warriors, Heinrich engages in a far more illuminating conversation with Zulima. From her he learns that Christ, too, is recognized as a prophet within Islam. Novalis makes this moment emblematic of an alternative kind of Christian-Islamic relationship which is based as much on shared values as it is on mutual difference. What made an impression on me was not that Heinrich had gained in knowledge, but that his relationship to a whole culture had changed as a result of it.

Some years later I picked up the threads again and read Goethe's famous West-östlicher Divan. Just as Novalis's Zulima appears initially an idealized oriental figure, Goethe's poetry is at first glance littered with exoticized stereotypes of the East, deserts dotted with tents and camels, and sabre-wielding bedouins. As you might expect, postcolonial academics have pointed to the unmistakable bias of Goethe used to learn about the Orient and his complicity in the ideology that Edward Said called 'orientalist.' Yet there was also a different dimension to Goethe's collection. He imagines meeting the 14th century Persian poet Hafiz of Shiraz, whom he regards and addresses as a brother poet standing alongside him in a pantheon of 'world literatures.' What is significant in this imagined encounter, which Goethe refers to as "zwischen zwei Welten schwebend" ("hovering between two worlds"), is that the poet's goal is not to enrich himself through an encounter with an exotic other, but to move beyond dualisms of Occident and Orient, self and other, and become part of a wider collective. 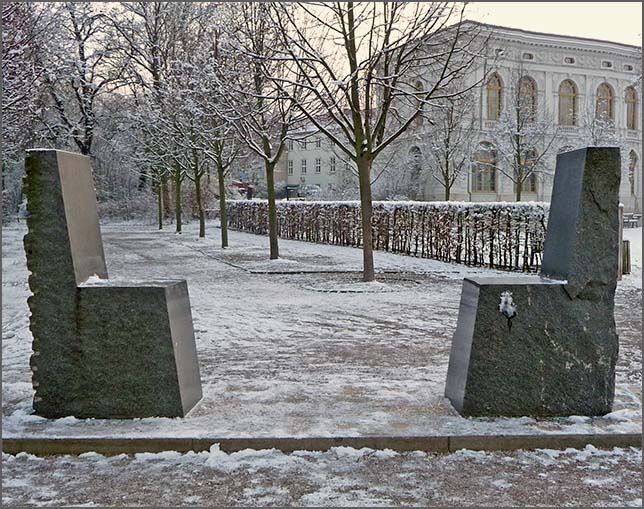 dialogue between the two great poets. Now, whilst dialogue is an important part of the kind of intercultural relationship that writers like Goethe and Novalis were seeking to expound, that is not all they intended to say. We can read the memorial in Weimar as an encounter occurring within an experimental space that looks beyond oppositional, excluding relationships. Dialogue alone, even within apparently benign encounters, can still enslave us to a hermeneutic mode whereby each party seeks to know the 'object' of its other as an Other. The alternative involves a shift in relationship marked by commonality whilst respecting difference. In this way cultural products both contemporary and historical, can also serve as a corrective for our relationships today.

It felt good to talk about these examples, and the audience seemed to appreciate them with me as I spoke. Yet there were also negatives to consider. At the other end of the nineteenth century we find Carl Heinrich Becker (1876-1933) an academic 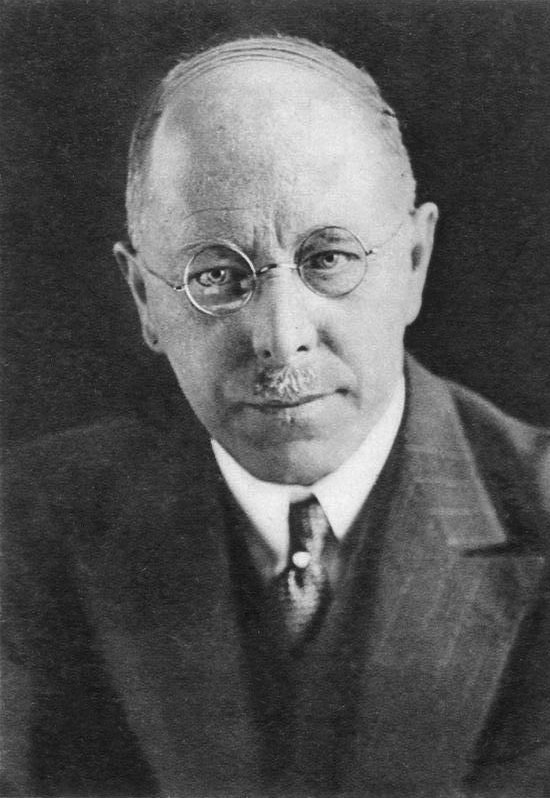 Orientalist who worked for a time at the Kolonialinistitut in Hamburg teaching Oriental languages to a student body containing many of the future merchants, civil servants and statesmen of the aspirant German Empire. He was a more than eminent figure in his day, became a minister in the Prussian government, and also founded the journal Der Islam, still published today by de Gruyter. Work by recent scholars has exposed the biases underlying Becker’s histories of Islam. Most striking was his belief that for the good of Europe and in particular Germany, Islam needed to be ‘defanged’, as Suzanne Marchand of Louisiana State University puts it in German Orientalism in the Age of Empire (2009). For all of his accumulated knowledge on Islam, his attitude to the faith and culture - that of a desk-bound, Eurocentric colonialist thinker - remained unchanged.

This was most difficult point for some of those present to stomach: in the Q&A session and discussions that followed, several listeners found it hard to see how any great knowledge about Islam could lead to such skewed perceptions. As we spoke, though, it became clear that, in fact, it was the other way around and that it was a pre-existing perception of Islam had conditioned Becker's knowledge. Edward Said's most simple observation rings true here: what we know of our others is always shaped in some way by our own conditioning. Yet we need not accept that as the immutable status quo. I was delighted to have been invited to speak to the group, made up of Muslims, non-Muslims and students of all levels and backgrounds. By the end of our meeting we seemed to have reached the consensus that I hoped we would - that we need dialogue, need to learn and form knowledge of each other, and need to talk as we were doing there and then. Rather than talking solely about difference, though, it seemed burningly important that we talk differently, exploring also our shared values, heritage, our overlaps and similarities, in order that we might again learn to celebrate our mutual distinctiveness in a less fraught, less culturally polarised context. And that seemed a very good note on which to end.