Islam, the West and the cherry picking of history? 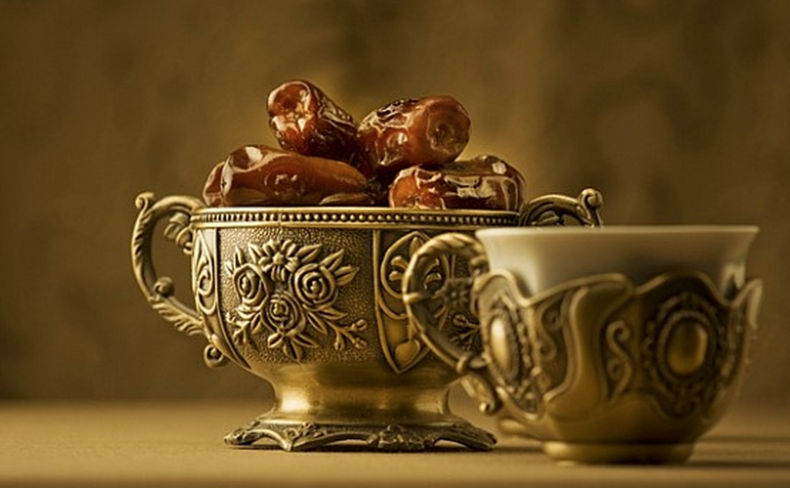 Recently at Warwick University we held a fantastic three-day academic conference dedicated to the broad topic of Iran and the West. It brought together scholars from the UK, Iran, Israel, the US, and the contributions criss-crossed through the academic disciplines of history, history of art, literary studies, sociology, gender studies, classical studies and archaeology, and more. Whilst ancient Persia was a key focus of many papers, others, of course, focussed on Modern Iran and, of course, on Islam, on the revitalization of Shiism, the Iranian Revolution and the formation of the Iranian Republic in 1979.

It has been a summer of conferences for me thus far, so I was not in a position to offer a formal paper at this event. I did, though, give a brief introduction to the conference, in which I used a few select examples from my own work on Islam in German history and culture. Of course, I led with Goethe’s imaginary, trans-historical encounter with the 14th-century poet Hafiz of Shiraz, as described in the West östlicher Divan and memorialized in the Weimar monument I have discussed here previously. And I spoke again about how Goethe arguably tried in those poems to move beyond a notion of dialogue predicated on binary cultural differences, beyond the 'them and us' models of cultural encounter, towards an all of us model of shared world literary heritage.

I was taken aback when, later in the conference, a colleague asked me informally if I was not in fact guilty of ‘cherry-picking’ the history of Euro-Islamic relations. There was, he insisted, such a historical continuum of antipathy between Christian Europe and the Islamic world and this was, quite palpably, still playing out today. I was surprised by this on two counts. Firstly, I had been careful in my comments to strike a balance: Goethe’s love of Islam was hazily historical and went in tandem, as the scholar Ian Almond reminds us, with his political antipathy towards Ottoman Turks, whom he regarded to be unworthy Muslims for their barbarism in Greece. And, of course, the particular affinity between Germany and Iran became, in the later nineteenth and early twentieth centuries, problematically mobilized around a pan-Aryan ideology that played out in the 'special relationship' between the Third Reich and the Persia of Reza Shah. Secondly, though, I was struck by my colleague’s insistence on highlighting negativity and conflict and by his belief that I was in some way editing, suppressing and distorting. I had not offered some revisionist grand narrative of history or suggested that the examples I had cited were more indicative of some notion historical truth. On the contrary, the material I drew on represented attitudes that were, historically, all too rare, I emphasized. Given the overwhelmingly negative media coverage on Western-Islamic relations, the problematic ‘editing’ is surely more a readily attributable with a Western media that, wittingly or unwittingly, ends up emphasizing antagonism. My examples spoke merely of an alternative way of thinking and feeling, and relating – and needed no further justification than that.

Today, Friday 10 July 2015, the British tabloids speak of airlifts being mounted to get British tourists out of a Tunisia riddled with terrorists, and of UK students who, by paying rent to Islamist landlords, are unwittingly funding the Muslim Brotherhood. No one can deny the bleakest aspects of our contemporary situation, or contend that this is newsworthy and important. Today, though, we also enter the final week of Ramadan, the month of fasting that encourages piety, self-control and promotes closeness to God, and which is broken by the feast of Eid al-Fitr, which its emphasis on commonality and charity. And this week the website of the Muslim Council of Britain has foregrounded how Muslim congregations have marked the anniversary of the horrific 7/7 bombings in London. To draw attention to these simple facts, or indeed to the historical examples I mention above, is not to cherry-pick or sanitize the past and present. It is rather to tell a different part of the same complex story.